Cyber-Criminals Are Using AI to Hack You, But You Can Use it to Fight Back 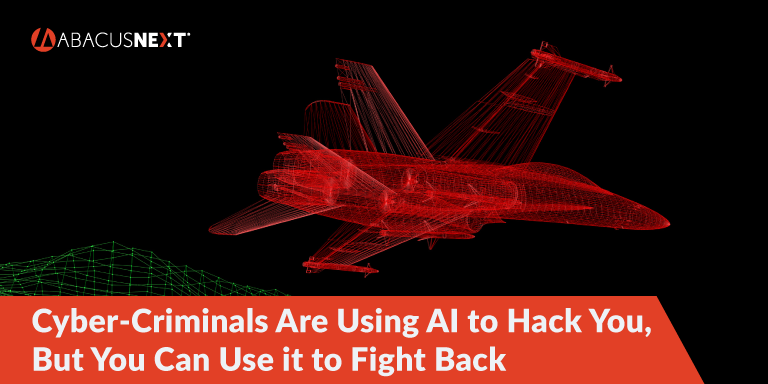 If you’re a fan of science fiction, keep reading. Artificial intelligence (AI) has long been an important trend in the digital landscape, but it’s quickly expanding its influence into the world of cybersecurity. As it turns out, 62% of cybersecurity experts polled at the 2017 Black Hat USA conference predicted criminals would use AI as an offensive tool in the coming years, and they were right.

“Hackers have been using artificial intelligence as a weapon for quite some time,” said Lead Security Data Scientist for Cylance, Brian Wallace, in an article interview with Gizmodo. “It makes total sense because hackers have a problem of scale, trying to attack as many people as they can, hitting as many targets as possible, and all the while trying to reduce risks to themselves. Artificial intelligence, and machine learning in particular, are perfect tools to be using on their end.”

Far from being the plot of a science fiction novel, using computers to simulate human intelligence during a cybersecurity attack is real on both sides of the digital battleground. Hackers are using it to deploy more sophisticated and evasive attacks at scale, and accounting firms like yours are using it to defend themselves from those attacks quickly and effectively.

While AI cybersecurity may not be a silver-bullet solution for all cyberattacks, here are three important ways it will affect your security plan and the entire industry’s approach to hackers:

The potential for AI technology to disrupt the cybersecurity space is limitless. But while hackers introduce new threats to the digital battlefield ever year, white-hat analysts introduce new defenses as well. Firms that want to protect their data need to proactively put defenses in place to avoid cyber attacks. It’s therefore critical to follow developments in AI cybersecurity and secure your data in a private cloud where it can be monitored and protected for you, identifying and terminating cyber attacks as quickly and efficiently as possible.