Cybersecurity in 2018: Top Statistics and Breaches 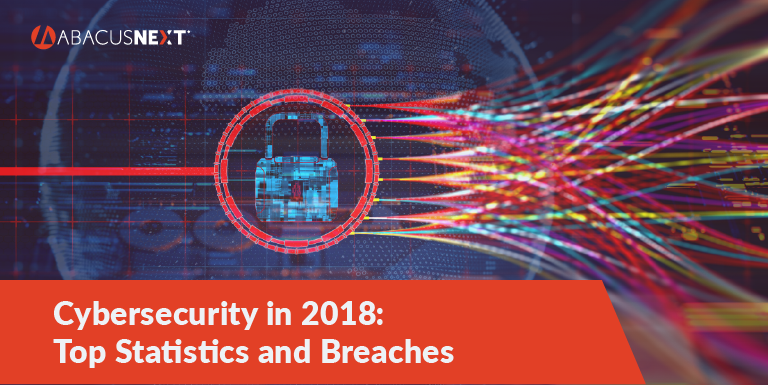 At the start of 2018, eBay was scrambling to recover from its 145 million user data breach and Facebook’s Cambridge Analytica scandal was just beginning to make headlines. Unfortunately, cybersecurity incidents did not slow down as the year progressed. 2018 brought unprecedented amounts of security issues to the forefront of consumer knowledge, leaving businesses and individuals more on edge about their online security than ever.

Here’s a look at the most important cybersecurity events of this year.

Cybersecurity by the Numbers in 2018

Before we get to the breaches themselves, let’s take a quick look at 2018’s cybersecurity stats. Refresh your memory on a few of the biggest breaches of 2017, then consider these numbers for 2018:

Of course, statistics are no substitute for examples of how data breaches have impacted companies in 2018. Here are five of the most notable cybersecurity hacks of the year.

In April, Saks Fifth Avenue and Lord & Taylor retail stores were victims of a security breach that compromised the information of more than five million customer credit cards.

In May, Under Armour’s “My Fitness Pal” app experienced a breach that affected 150 million users. Usernames, email addresses and passwords were breached, but credit card and biometric data were not compromised.

In September, Facebook experienced its biggest breach yet when hackers took over user accounts by exploiting a feature in Facebook’s code. Demographic information like gender, hometown, name and birthday of 50 million users was breached.

In November, the data of 700,000 American Express India customers was exposed in an unsecured server, which was left online without a password. The records were unencrypted and stolen in plaintext, accessible to anyone who found the database.

As aggressively as companies and government bodies are working to prevent and address cybersecurity issues, data breaches are still on the rise. It’s partly an issue of size, as companies are now storing so much data that – without the right technology in place – it is nearly impossible to manage and protect. But it’s also an issue of evolution, as the technology behind cybercrime evolves and creates a moving target for cybersecurity experts. If you don’t want to be the next victim, we suggest you take cybercrime seriously in 2019.

Microsoft Issues Security Updates to Exchange Server: What You Need to Know

The latest Microsoft security update confirms; now, is the right time to ditch the server and migrate to a Private Cloud....

Imagine installing a sophisticated lock system, being broken into, and then learning that it was the locksmith’s materials that were faulty. That’s how many of FireEye’s customer’s felt, when the cyberattack protection and response services company announced that they’d been hacked and that the security vulnerability was sourced to one of its software providers, SolarWinds. ...